Can I Switch Car Insurance After a Car Accident?

Home » Can I Switch Car Insurance After a Car Accident?

There’s no getting away from your driving record. So, while you may be tempted, after an accident, to move to another insurer, hoping to avoid rate increases, it’s not a sound strategy. Privacy laws in Canada, do make it more difficult for insurers to share information. However, a previous accident can easily come to light without that.

Can you change your insurance at any time?

Changing to a new insurer requires cancellation of your existing policy. While you are refunded any advance amounts you’ve paid, you’re also responsible for a cancellation fee. This is a prorated amount your insurer charges for administrating the cancellation. If you’re deep into the policy’s term, it may not be an expensive cost. However, if you’ve just begun the policy, it could be expensive.

Changing aspects of your existing policy is possible at any time. As you’ll read, this feature can offset increases caused by at fault accidents.

How to avoid insurance price increases after an accident 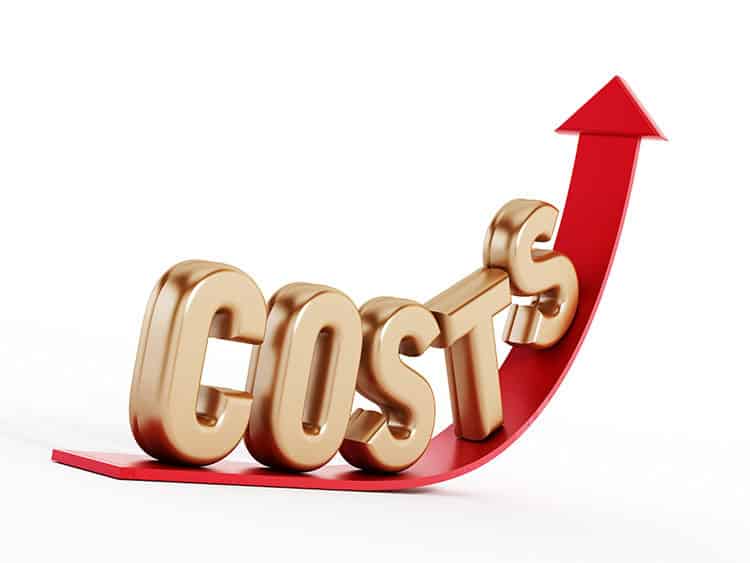 Insurance price increases should only follow at fault accidents. If you’re assessed by an insurance investigation as free of fault, then there’s no impact on your insurance situation. It rests entirely on the other driver.

Note that a police determination of fault is different than the insurer’s determination, in many cases. Using Ontario as an example, their hybrid system of no fault and tort-based coverage shows how these determinations often vary. When an insurance investigator reviews an accident, it’s compared to standard accident scenarios. There are only about 40 of these scenarios. Each carries a predetermined fault allocation, either fully one driver’s fault or with various levels of shared fault, such as 60/40 or 90/20, etc. Using predetermined scenarios removes the investigator’s personal opinion.

If you feel you’ve been incorrectly assessed fault in such a case, most provinces have an appeal process. Should you overturn the results of the insurance investigation, you could prevent at fault based increases.

When the fault isn’t in dispute, you can change aspects of your policy. This helps absorb the additional costs that the accident itself may bring. For example, increasing the deductible on collision and comprehensive coverage lowers the cost of these endorsements. While you’d be responsible for increased amounts following a future incident, your current premium savings would offset some of the effects of the previous at fault accident.

What happens if I don’t disclose an accident to a new company?

While many companies accept your declarations about accident status, files may be reviewed at any time against information in the public domain, such as driver’s abstracts. If it’s found that you knowingly provided false information, you can be denied benefits and your policy cancelled.

Some insurers place less weight on an accident than others. Use Quote Finder’s car insurance calculator to determine which insurance companies are most sympathetic to your driving history. It’s fast and free, without obligation. Check it out now at the top of the page.

What Happens to My Car Insurance After an Accident?

Every driver’s fear is that having an accident increases the cost of their car insurance. Not all accidents are created equally, however. In some cases, drivers will see no affect on their insurance premiums at all, while others could indeed see major increases. While there are differences between provinces in Canada, the same general principles apply. If an accident is your fault, your increases will likely increase, even if your province has no-fault insurance provisions.

Perhaps the biggest misconception with auto insurance is with the term “no-fault.” It would be better stated as “regardless of fault” when it comes to insurance claims. Benefits paid under these no-fault provisions originate with the driver’s insurance company, regardless of how fault is assigned in the accident.

It’s important to know that fault is always assigned from an insurance perspective, and it always totals 100%, though it may be split in various proportions between involved drivers. Insurance fault also has little to do with traffic offense fault. Even if a driver avoids police charges, they may still be assigned fault for the accident by insurance investigators.

In Ontario, for example, there are about 40 scenarios in the provincial fault determination guidelines. An insurance investigator applies the most appropriate scenario from the guidelines to each accident they investigate. The guidelines themselves spell out fault – which driver receives it and in what share.

This method removes, in theory, any prejudice the investigator may bring to the process, and, in Ontario’s case, it’s part of the no-fault insurance provisions. Certain aspects of an accident claim payout from the driver’s own insurance, providing faster, undisputed response when those involved in accidents need it.

What happens to drivers with no fault assignment after an accident?

From an insurance perspective, if a driver involved in an accident has not been charged with a traffic offense and was found to be not at fault in the insurance investigation, their premiums will not increase due to the circumstances of the accident.

What happens to the other driver in a car accident, the one assessed at fault?

The driver receiving the fault assessment from the insurance investigation will see insurance premiums increase as a result of the accident, unless they’ve previously purchased accident forgiveness coverage and the accident’s conditions fall within the terms of the endorsement.

Precisely how much the cost of the policy increases is difficult to determine. Drivers with no other blemishes on their claims record and driving history see less effect than those with other traffic tickets or insurance claims.

As mentioned, fault can be shared. Usually, if a driver receives a minor fault assessment, say 5 or 10 percent, their premiums may remain unaffected. With an assessment higher than this, insurance premiums will likely increase, unless accident forgiveness coverage comes into effect.