How Does Marriage Affect Car Insurance

One of the standard questions insurance companies often asks when a driver shop for a policy involves their marital status. This question gets asked because the marital demographic changes the risk insures assess to their clients. Statistically, married drivers tend to have fewer accidents, so they represent a safer insurance risk. It’s difficult to pinpoint the effect on insurance prices since it’s only one of many factors influencing the cost of a policy.

How does marriage affect car insurance?

Simply put, married drivers are safer drivers. There are many possible reasons. Driving with a spouse and children in the vehicle could make a motorist more aware of the safety of the occupants and they thus adopt conservative defensive driving practices. Perhaps married drivers have less travel on their own, so there is a reduction in driver fatigue. While there may also be potential for increased distractions, accident statistics don’t bear this out.

How, precisely, marital status affects premiums can’t be identified easily since there are so many factors complicating the insurance underwriting task. In provinces with private insurance programs, every insurance company can have its own methods for calculating premiums, even when using the same statistical information that’s available to all insurers.

Even in a province like Ontario, with extensive regulations governing the auto insurance industry, individual companies retain the right to set their own procedures, as long as these don’t violate provincial laws. These procedures, reviewed and approved by the Financial Services Commission of Ontario, become a company’s law, rules they must follow until receiving FSCO approval for updates.

Therefore, marital status may have more or less effect on pricing, depending on a given insurance company’s underwriting priorities.

Do I have to add my spouse to my car insurance?

There are two general ways a spouse is added to insurance.

Quote Finder’s car insurance calculator easily adapts to multi-line insurance and already considers marital status when performing rate searches. Enter your information above to find out how much you could save.

Statistically, the insurance industry finds that drivers who are married are less likely than their unmarried counterparts to have accidents. Any factor that reduces a driver’s risk usually comes with the bonus of reduced car insurance costs.

However, across Canada, there’s not a level playing field. Each province is responsible for regulating its own auto insurance industry. Four provinces – Quebec, Manitoba, Saskatchewan, and British Columbia – opted for public insurance programs. Even those who stayed with private plans have differences as well as similarities. When it comes to the effects of marriage on car insurance prices, there are two distinct schools of thought. 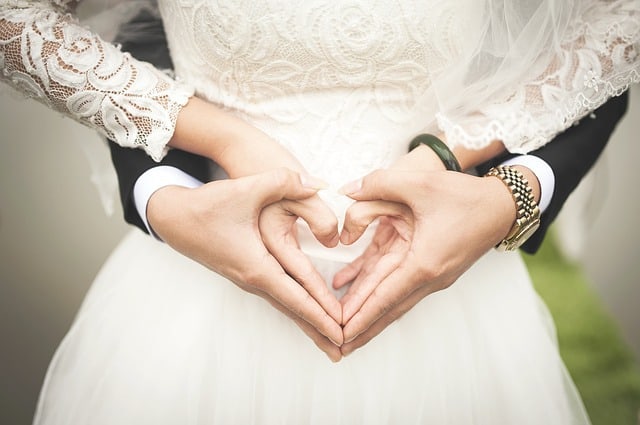 Using Ontario’s auto insurance industry as an example, the marital status remains an influencing factor for price setting. Though the provincial market is heavily regulated, individual insurers retain significant leeway to determine underwriting procedures and policy costs. These operating guidelines receive approval from the Financial Services Commission of Ontario. Once approval is granted, these guidelines become the letter of law for the company that proposed them, until subsequent rules receive approval.

Every insurer has their own methods, accounting for differences in insurability and pricing between companies. Nonetheless, insurers draw from similar data sets to provide working statistics. How they interpret these varies.

In Ontario, the marital status remains a permissible condition for the assessment of premium costs. Generally speaking, being married reduces a driver’s policy cost while being unmarried increases premiums. This isn’t a universal truth since other aspects of a motorist’s driving record and insurance history weigh far more heavily in risk assessment, but when all else is equal, a married driver pays less than their single counterpart.

Some provinces find that traditional auto insurance actuarial practices infringe upon the rights of their citizens to live without discriminatory practices. Since car insurance is required by statute, the thinking goes, the requirement should recognize the freedom of the individual. Grouping drivers into subsets based on general behaviors of others may violate the essence of individual rights.

Therefore, in the case of marriage, it’s no longer permissible to use marital status in Nova Scotia, for example. Some group-based data, such as where you live and what model car you drive, is still permitted. Even gender is still considered, but this is under review. Marital status and age are no longer allowed as factors for risk determination.

The property and casualty insurance industry defend its use of statistics as the most efficient and valid way to determine risk. While recognizing that any one incident may deviate from the norm, the best and most accurate evaluations come from wide data sets, and these factors provide the fairest insurance rates for the widest range of drivers.

The industry feels that drivers who repeatedly fall outside of mainstream risk classifications do so of their own accord, are easily recognized and streamed away from the conventional auto insurance market, minimizing the negative impact on others in their demographic groups. Further removing marital status adds to the insurance industry burden by preventing single drivers from paying their share for the additional risk their group incurs statistically.

Nova Scotia’s changes came about in 2004 and since then, the province has been among the most affordable for auto insurance. While the debate seems quiet at the time of publication, the Nova Scotia experiment may re-open discussions in other jurisdictions.