Mitsubishi started as a shipping company by founder Yataro Iwasaki back in 1873. Today it is one of the world’s largest conglomerates with over 30 companies in diverse fields. Mitsubishi Motors Corporation started in 1917 with its headquarters in Tokyo and is the 6th largest auto manufacturer in Japan. Mitsubishi manufactures micro cars for Nissan and in early 2016 there were some fuel consumption discrepancies that were found in the micro car productions. A scandal followed and as a result in October 2016, Nissan bought one-third stake of Mitsubishi and created the Renault- Nissan alliance. This joint venture is slated to produce many future vehicles by sharing expertise and platforms. Some of the popular Mitsubishi models include Lancer, Outlander, Evo, RVR and Mirage.

Mitsubishi cars feature sedans, SUV and crossover models that are mostly popular with small size to midsize families. Most of these have average insurance costs when compared to older Galant model manufactured between the years 2004-2009. There are many factors that insurance companies consider while calculating premiums. Vehicle profile is one of them. Based on statistics by IBC, insurance companies charge lesser rates for cars with lower risk ratings.

As per the National Highway Traffic Safety Administration, the Mitsubishi Galant model had higher chances of being stolen in the midsize sedan category. A high theft score will impact the insurance rates and specifically increase comprehensive coverage cost. 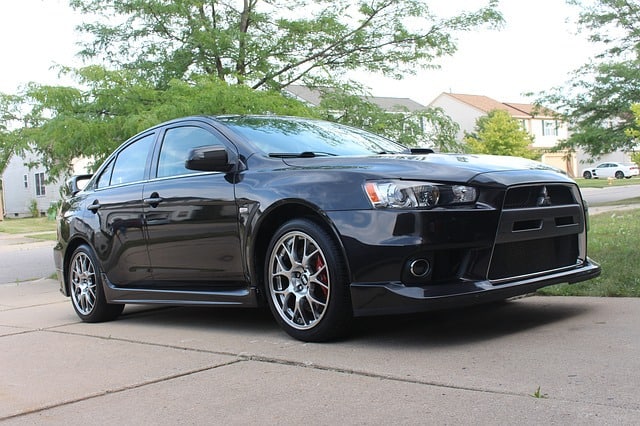 Mitsubishi Outlander has a very good safety rating as per IIHS and this crossover may get a better insurance rate. Another Mitsubishi model that got good safety review is the Lancer. Though,  it lacked a system for prevention of front crash. While assigning a safety rating the IIHS team looks at roof strength, small and moderate front, head restraints, sides and seats. These factors are crucial to decide on crashworthiness.

Insurance Bureau of Canada has gathered collision data that has details based on vehicle type. More than 50% of Mitsubishi cars are generally considered to have higher repair costs after a collision. Having collision coverage is optional and not mandatory for an auto policy. When considering collision coverage, the insurance rates are higher if the insured car is a Mitsubishi. One reason could be that the spare parts are pretty expensive to replace. So the insurance company considers this potential cost if there is a crash and calculates the premiums on the higher end. Compared to other brands, Mitsubishi cars have a higher cost for collision coverage.

Mitsubishi Eclipse 2 door, Eclipse convertible, Diamante and Montero Sports models had been reported earlier as cars with high rates of collisions. These collisions caused multiple and single vehicle crashes as well as rollovers. Also, some security analysts have claimed that it is possible to disable the alarm system of Mitsubishi Outlander. As per some tests, this was possible by tampering with the wireless feature over a Wi-Fi connection. Car thieves may try to break the alarm code and also cause a battery drain. This could increase the theft rating score for Mitsubishi Outlander and increase comprehensive coverage costs.