Starting from Suzuki Loom Works in 1909, founder Michio Suzuki diversified the business of building looms to car manufacturing by 1937. As a result, in 1954 a Japanese multinational, Suzuki Motor Corporation was founded with the headquarters in Tokyo.  Before car manufacturing, Suzuki also built 2 stroke engines for autos and motorcycles. Until 2015, around 19.9% of Suzuki’s stakes were owned by Volkswagen. Suzuki is one of the largest automakers in a worldwide market but no longer sells cars in North America since 2012. So, mostly used Suzuki cars are available in the Canadian market today. Apart from cars, Suzuki also makes motorcycles, ATVs, and marine equipment. Some of the popular Suzuki models include Alto, Wagon R, Grand Vitara, Forenza and Reno.

There are many vehicle factors that insurance companies consider while calculating premium rates. If a particular brand of vehicle has known safety issues, the car models for that year may have a higher cost of insurance due to the increased risk. Some older Suzuki models of years 2004 – 2008 has known overheating issues for headlight switch and daytime lights causing a fire hazard.  Grand Vitara and SX4 models from 2006 – 2011 also have some front airbag deployment issues. This is due to wrong passenger classification as it functions only if a child is seated in the front. The difficulty in availability of replacement parts for some models may increase the insurance cost of Suzuki cars. But overall the insurance premiums for Suzuki cars are below the average. 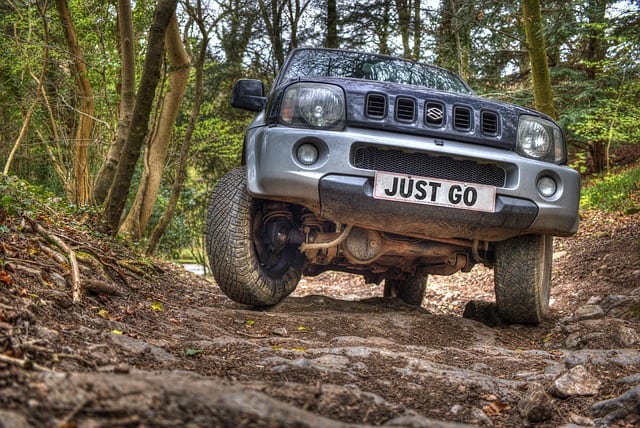 On an average, most Suzuki cars do provide sufficient level of protection to occupants in case of a crash. An exception would be the Suzuki Swift models. When compared to other models, the Suzuki Swift model has higher than average claims cost due to accidents. As per the crash testing by Insurance Institute for Highway Safety, Suzuki Aerio model got very good safety ratings.  Suzuki has a somewhat negative brand perception among North American auto consumers despite the company’s efforts to build reliability. Though new car sales had been discontinued, aftermarket parts for some models are available through their service network. For other models, it may be difficult to get OEM parts. This could mean issues for repairs and replacement in the case of an accident. Some of the models cannot be fitted with comparative parts and would need genuine parts for proper functioning.

In Ontario, it is required by law to have standard coverage to drive a car. The decision to add optional coverage such as Collision and Comprehensive would depend on many reasons. The value of the car, parking area and location etc. are some of the reasons. There are no new Suzuki cars sold in the dealer lots as the sales in Canadian markets stopped in 2014 after 30 years. So, most of the Suzuki cars available are not new in the market and there is not much data to support claim costs. For an older Suzuki car, it really may not be worth to have comprehensive coverage as the depreciation value is high.